A patient goes into the Oncology office for chemotherapy. The venous access device is punctured with a needle and Adriamycin is infused. At the end of the infusion the nurse notices the drug oozing out of the skin at the site of the puncture and redness around the device site. The patient goes on to develop necrosis of his chest wall and dies waiting for chemotherapy to resume. The patient’s estate sues. What can one make of this?

A patient gets the usual dose of 5FU chemotherapy for metastatic colon cancer. A week later he develops watery diarrhea, severe cramps, terrible abdominal pain, goes into shock and dies. The estate sues. How does one analyze this event? 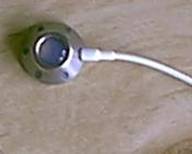 Mediport device can separate from its catheter or the septum can rupture.

Not every bad result associated with cancer chemotherapy is caused by negligent care. In the first case, a likely cause of the catastrophic extravasation of very toxic chemotherapy into the soft tissues of the chest wall is a defect in the infusion device. Mediports and similar devices have a simple structure but one that can fail, with leakage or disconnecting of key components. There may be no warning that this is occurring until it is too late. If an attorney knows about this case immediately after it occurs he should instruct the family to have the surgeon save the device after it is removed (which will be as part of the treatment of the injury) to look for the smoking gun in the leak — either the nurse damaging the device or a defect in the device itself (in which case the defendant might be the manufacturer). Otherwise there may be no way to tell what happened. The subsequent treatment of chemotherapy extravasation can only modestly limit the damage inflicted by the drug.

In the second example a small percentage of the population lacks a protein critical to the metabolism of 5FU. People who lack this enzyme (called DPD) can develop life-threatening 5FU toxicity the first time they receive the drug. There is a blood test one can do to measure DPD levels but performing it is not the standard of care because the defect is quite rare and some patients with unexpectedly severe 5FU toxicity have normal enzyme levels. How the initial signs of toxicity were managed may determine whether the Oncologist was negligent rather than his failure to assay for the enzyme.